Here is the first freely available plugin we’ve produced! We developed this for the new Living Litehouse blog, but it can be useful in many WordPress deployments. 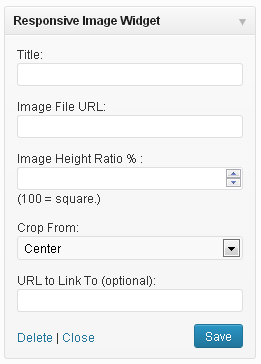 This is a very simple WordPress widget that displays a single responsive, rationally proportional image in a widget area. It helps make adding images with accurate proportions to sidebar areas quick and easy, and thus avoid a stretched or distorted appearance — without requiring any knowledge of HTML or even an image editing program.

Its key feature is that it allows proportional adjustment on the fly, so the user can easily change the proportion of the image inside of WordPress, instead of needing to resize the image in an editor (a problem for many WordPress users who do not have a lot of experience resizing/cropping images, or who simply don’t have image editing software available.)

It takes in a title, image URL, height to width ratio and target link URL. It outputs a rationally proportional frame (“div”) with the image set as a background. The image always fills the whole horizontal space (100%) of the widget, and can be cropped from the left, right, top, bottom, or centered.

Screenshots of the widget output: 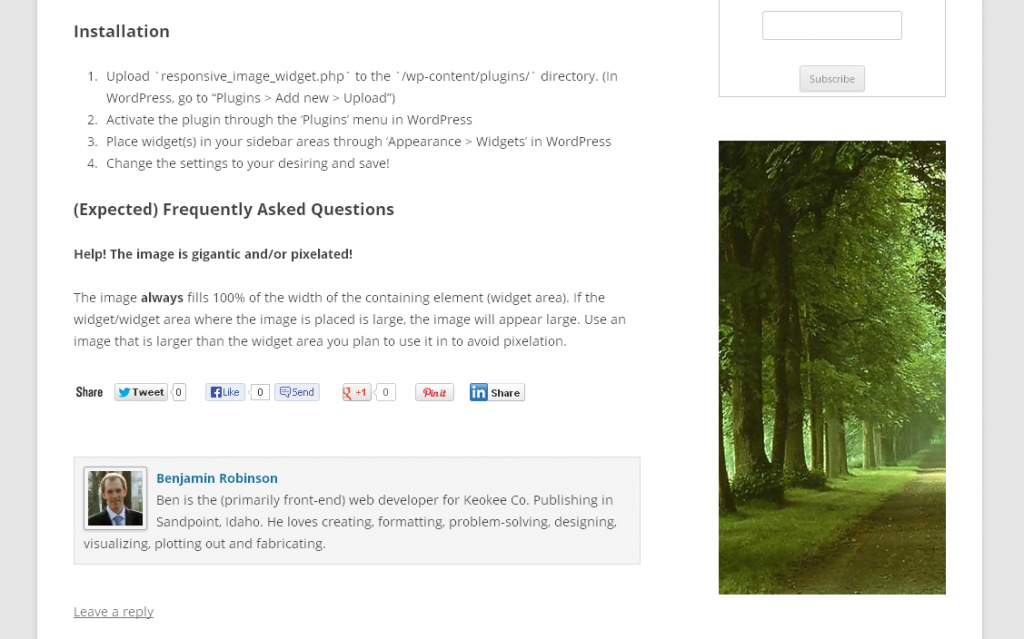 An example of a vertically rational image; the height is 200% of the width. 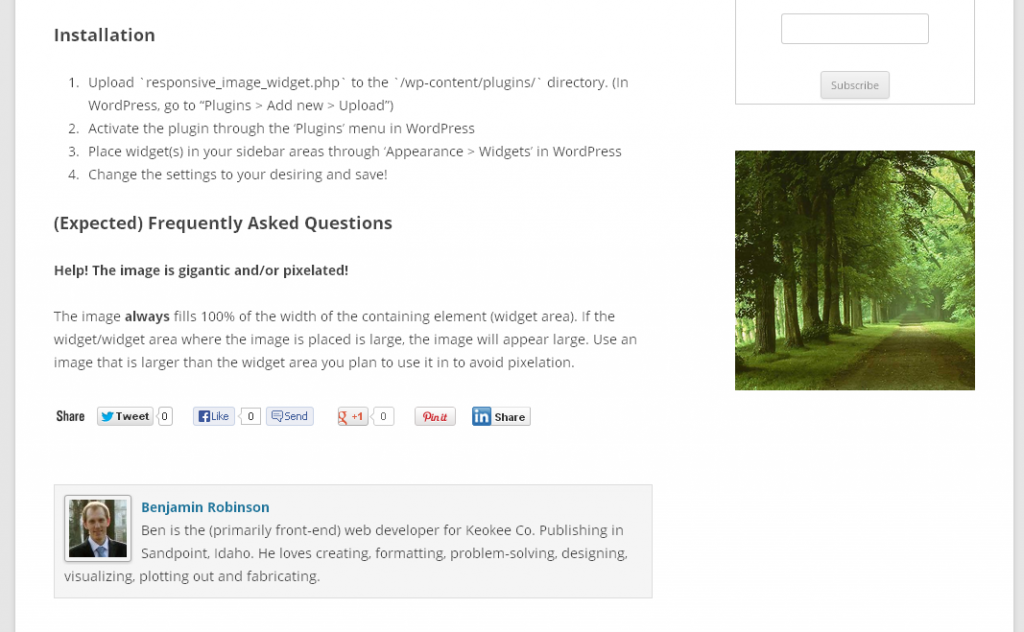 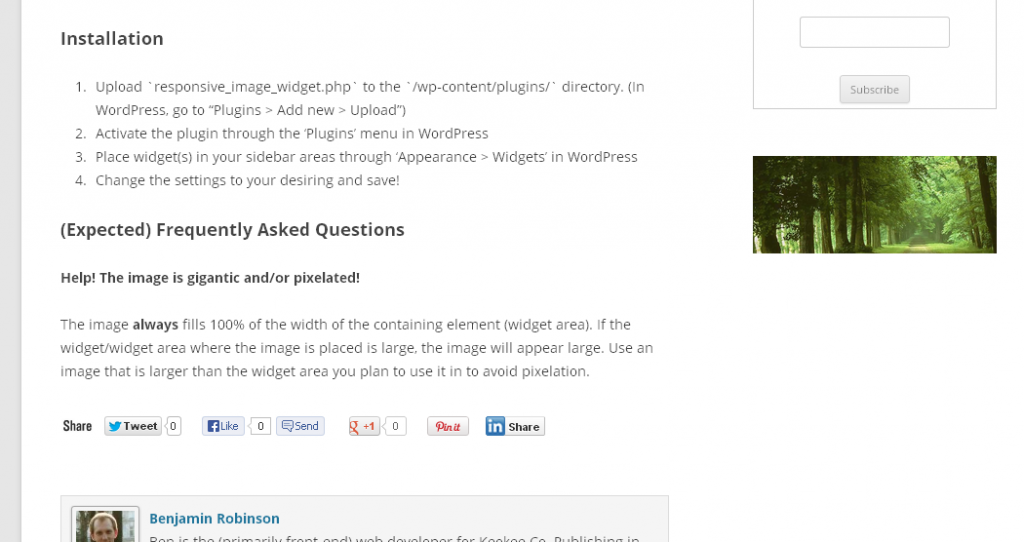 Here’s the same image sized for a very horizontal image — the height is 40% of the width..

Don’t hesitate to shoot us more questions in the comments! With any luck, the widget will soon be officially available through the WordPress Plugin Directory, in addition to here.

UPDATE: The plugin is now officially available on the WordPress plugins directory! — http://wordpress.org/plugins/responsive-image-widget/ That means it can be added directly from WordPress!